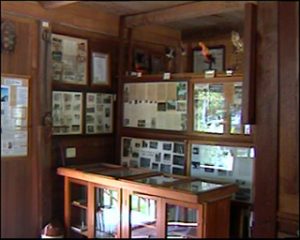 Schnitzel a la Vienna, Banana-Strudel? One seems to be in a time warp when sitting in the age-old wooden hut of Mr. Müller, listening to his tales. In the year 1857, headed by the priest Josef Egg , 300 Prussians and Tyroleses set out to try their luck in Peru. Only 150 people arrived in the Pozuzo valley and founde
d the town of the same name. A track to Pozuzo was constructed as recently as 1975. During the decades-long seclusion the population has kept numerous traditions. So, some people like our guide Ludwig, still speak the oldest German dialect in the world, frequently making Pozuzo the target of language researchers. And yes, there are outstanding Vienna Schnitzels in Pozuzo.